The Innisfail Eagles traveled to the Siksika Nation to face the Buffaloes on Saturday, November 20th and came out with the well-earned 7-2 win.

The Birds had been idle for two weeks since facing the Lethbridge Lightning. Siksika was playing their second game of the weekend. Regardless of any scheduling, Siksika came prepared to face the Birds. Each period was a tough, hard battle. In the first period Innisfail had the majority of the play and the shots but could only come out a 1-0 lead as Pierre-Luc Mercier ripped one upstairs. Shots were 22-12 after one. 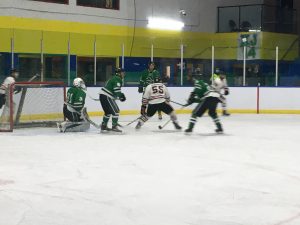 The second was another strong battle with Siksika starting to take some of the action to the Eagles’ net. The Buffaloes scored first knotting the game at 1-1. Jeremie Perron responded with a rocket from the slot to put Innisfail ahead again. Siksika replied to tie it 2-2 and with 2:06 left in the frame Braden Crone put a laser high glove side to give the Eagles the 3-2 lead after 2 periods of play.

Coach Brian Sutter inspired the Birds to continue their systems and good things will come. In the third period, the Buffaloes eventually couldn’t contain the Innisfail pressure. Quinton Lisoway got the Birds rolling with a beautiful shot upstairs 3 minutes in. Solid goaltending kept the score close but 10 minutes later the flood gates opened for three more for the 7-2 score.

Pierre-Luc Mercier and Quinton Lisoway lead the Eagles with 2 goal each. Kyle Fraser picked up the win. 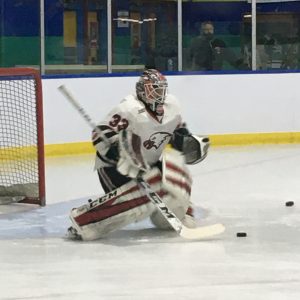 The Eagles travel next weekend to High River to face the Nanton Palominos on Saturday, November 27th. Innisfail’s Home Opener is December 4th at the Innisfail Arena to face the Fort Macleod Mustangs. The two teams will also play Sunday the 5th at 2:30 pm. The Eagles will also host a kick-off event December 3rd in Innisfail. So, plan your weekends accordingly. December is Eagles Month in Innisfail.